Advertisement
You are here: Home » Technologies in the 3D Slot Game Industry
Advertisement

There is no way to deny that, over the last handful of years, slot machines and server-based gaming have had a huge makeover. The industry has been advancing at a tremendous speed, and opportunities for the software developers are increasing. Now not only can they be played in pubs, clubs, and casinos, but they can also be played online in virtual casinos, and the gameplay is just the same as it is in real life. No additional skills are required, and the jackpots can be enormous, totalling in the millions in some cases, and in the hundreds of thousands in many more. One might think that the online casinos are as far as slot games can go because they look amazing, the sound quality is fabulous, and they are incredibly convenient. Right now the biggest change is 3D slot games. All 3D Slots are video slots but not all video slots are 3D games. They have many characteristics that people are loving, whether they play new games before or are new to the idea.

Because of the requirement of random number generator in this industry, all the games are not easy to “convert” to 3D. Casino industry is adapting the modern technologies such as Mobile, Server-Based Gaming (SBG), Big Data, Virtual Reality and the scope of the developers is increasing. There is something very special about 3D slot games. Although you play the game in the same way as you would a 2D game, or, in fact, a traditional physical game, the addition of the stacked bonuses, makes them so much more engaging. 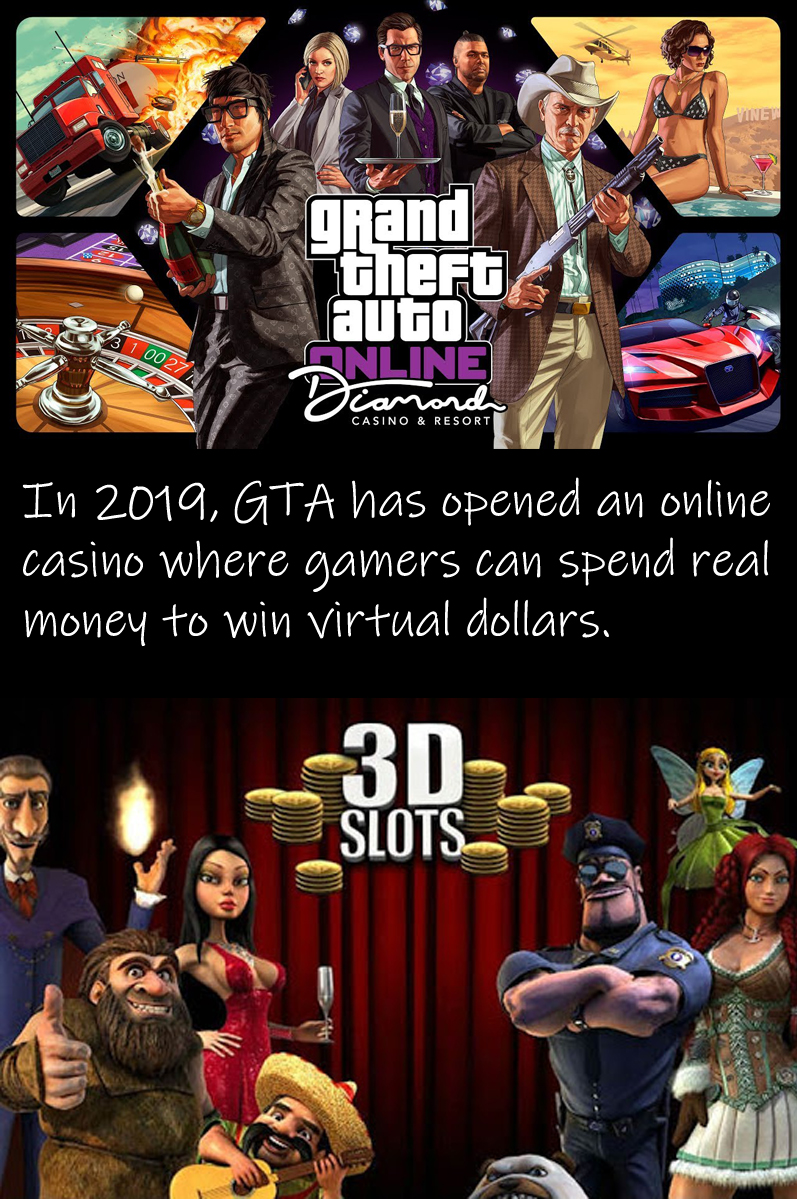 Advanced graphics are a requirement for a 3D look. After classic slots, video slot machines were introduced. But they’re primitive compared to today’s graphics-intensive options. It’s hard to imagine something better than what we currently consider to be fantastic, modern displays never looked better than they do right at the moment. The advanced graphics of 3D slots is one of the main reasons why it is engaging. Gaming in 2D is fun, of course, and one can get plenty of enjoyment out of a game like that, but if we compare this to 3D we will immediately see the difference and, whereas a 2D game might become a little boring over time, this won’t happen with a 3D game because the experience is so much enhanced. Stacked bonus symbols are bonus symbols that stack on top of one another, making the bonuses bigger each time they build up. Why this happens and why the games’ developers decided that it should is a mystery, but it’s great that it does, and it happens in almost all 3D slot games.

In 2019, GTA has opened an online casino where gamers can spend real money to win virtual dollars. The Diamond Casino & Resort has lavish amenities, shopping and state-of-the-art gaming. The Standard Membership fees for the Casino & Resort costs $500 and allows you to play Table Games, Slot Machines, Inside Track and the Lucky Wheel.

The industry is into the hybrid table games to attract the new generation. Skill-based games demand the skill of the player, rather than just chance, is one factor in the games. The tech-savvy generation is accustomed to an engaging and immersive gaming experience. The use of Virtual Reality and Augmented Reality also increases engagement. Virtual Reality allows experiencing a virtual casino with other players and machines. The VR gambling market has VR-based online channels. Augmented reality (AR) uses a transparent screen or projection to overlay images in the real world. Augmented Reality is improving the casino live gaming experience.

Facial recognition can recognize the face. It brings greater confidence in the casinos. Implementation of this technology has allowed detecting the scammers and seeks a quick apprehension of them. Most of the time facial recognition demands a camera which can also be used to create a custom avatar which is common in the mobile industry.

One of the things that set online slots apart from their physical counterparts is the bonus games that peoples can play. When it comes to 3D slots, real thought has been put into them so that they are something players strive to do, and perhaps they will even only play the main game to get to the fun mini-games that have been created to go alongside them.

Some people have problems with 3D who many face a temporary blurry vision or headache. Of course, they can stop playing for these symptoms go away. Peoples who face epileptic seizures are not the population to play 3D slots.

Articles Related to Technologies in the 3D Slot Game Industry