Advertisement
You are here: Home » Dedicated Server vs Cloud server : Which is Superior for a WordPress Blog
Advertisement

When we look for a stable WordPress hosting solution, we have three hosting solutions namely shared hosting, cloud or VPS hosting and dedicated hosting. Apart from the difference in sharing the load at the backend, there are operational differences and differences in cost. Generally, we suggest the advanced users go with decent, unmanaged cloud hosting for cost reduction. We have mentioned many times that, VPSDime (OpenVZ Virtualization) costs just $7/month for an instance with 6GB RAM. That is super cheap, although OpenVZ is questionable in front of higher load. When you are using a decent Xen or KVM virtualization-based cloud server, the cost per GB of RAM will cost you around $10/month. That is cheap if we think about the quality and stability (compared to OpenVZ).

Prefer Cloud Server Based on Xen or KVM Virtualization

When it is a medium website, Xen or KVM Virtualization will give a quite comparable performance for the cached webpages. The site will become significantly slower whenever there are too many MySQL calls. Certain server software, including MySQL, runs better on a dedicated server for different reasons. Different WordPress Cache plugins are popular for reducing the load.

As because WordPress is neither designed for horizontal scaling, nor for using Serverless backend, we are dependent on different types of caching and CDN. As most of the webmasters can not spend more than $100/month behind the backend, for the past 10 years we suggest them to use:

With the above mentioned setup, you will reach a limit when increasing the number of caching will degrade performance. This is because, with a limited budget, when the same server runs :

with SSL optimization, the front-end may start to behave sluggishly facing too much load. You get the network support free with the unmanaged cloud servers. As because an attack on your server instance can blow away the data centre, some sysadmins monitor the backend. Some of the providers we faced, provide excellent instant support via email. Some of the providers are just careless. In a normal case, a cloud server is like a dedicated server but re-installing the operating system, shutdown, restart etc do not need the staff from support because the main server is actively managed by some staff.

Usually, you can not easily scale a cloud server running WordPress. A running instance of a cloud server does not obey the criterion of cloud computing. You’ll need another instance of a server with a working copy to easily increase or decrease RAM. Needless to say, handling these works is next to impossible with an unmanaged server. 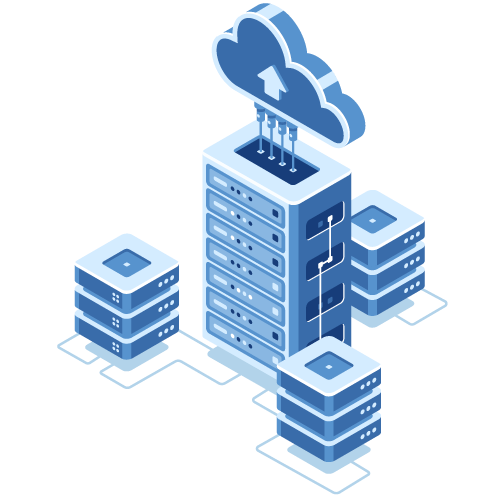 You have to live with cloud servers with some limitations. Because this option is cheap and the backend is always monitored by the staff to avoid downtime. These days, cloud servers can provide a level of security, performance and control similar to mid-level dedicated servers. If you are facing a performance bottleneck, maybe you need a professional for optimization.

Articles Related to Dedicated Server vs Cloud server : Which is Superior for a WordPress Blog

Cite this article as: Abhishek Ghosh, "Dedicated Server vs Cloud server : Which is Superior for a WordPress Blog," in The Customize Windows, September 6, 2021, February 5, 2023, https://thecustomizewindows.com/2021/09/dedicated-server-vs-cloud-server-which-is-superior-for-a-wordpress-blog/.
Source:The Customize Windows, JiMA.in