Advertisement
You are here: Home » Why ESP32 is a Popular Microcontroller Solution?
Advertisement

The ESP32 is a low-cost, low-power, 32-bit microcontroller family introduced in 2016 by the Chinese company Espressif. It is an open design, open-source-friendly family of microcontrollers which enable the construction and networking of network-based actuators and sensors. The GNU Compiler Collection including the toolchain is available as a free development tool.

The ESP32 family has various peripheral interfaces, including several UARTs, SPI, CAN and I²C interfaces, an integrated Wireless Local Area Network (WLAN according to IEEE 802.11 b/g/n), which also supports Bluetooth, and an Ethernet interface via the Media Independent Interface (MII). Analog interfaces are analog-to-digital converters and digital-to-analog converters for processing analog signals and built-in sensors, such as an integrated Hall sensor for measuring the magnetic flux density. Internally, the ESP32 has a cryptographic unit for a hardware-supported acceleration of encryption methods such as the Advanced Encryption Standard (AES) and a coprocessor with low power consumption, which allows not only a real-time clock but also the retrieval of sensor data in standby mode. 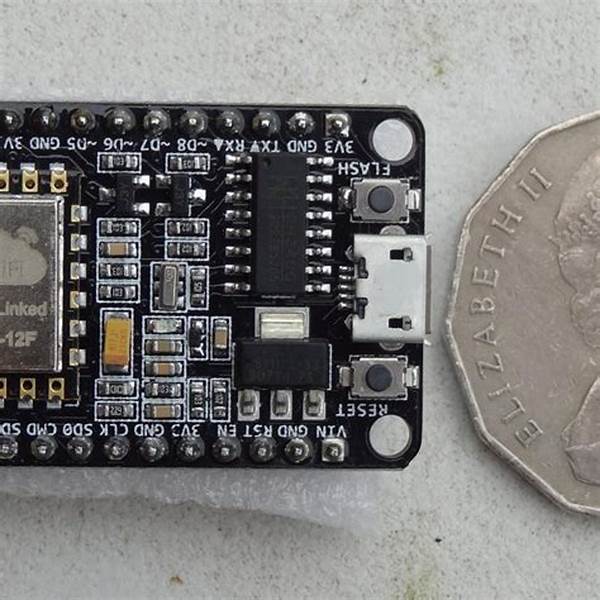 Why ESP32 is So Popular?

Most of the other microcontroller boards are impractical to build a commercial solution with low capital. With 48 I/O pins, support for the default toolchain as well as Arduino and zillions of Arduino libraries made it usable even for non-IoT use cases. There are zillions of modified ESP32 boards as well as clones such as Adafruit’s HUZZAH32, Ai-Thinker’s ESP32-A1S or IntoRobot’s W33 to name a few. Commonly we use the clone of the dev board which is documented here:

Espressif developed a hardware ecosystem which enables any common citizen to launch a product by investing just a few thousand dollars. ESP32-D0WD-V3 SoC costs just $2 which means with a custom PCB, one can sell a common type of product with a profit with an affordable price tag. The innovative ideas are increasing and from Diwali/Christmas RGB LED controllers to home automation for the common man in many cases are based on ESP32. From ESPHome, Home Assistant to Tasmota, all support ESP32. Even Arduino now officially supports ESP32. As an Arduino UNO user, you should be able to do all projects you can do with Arduino in ESP32, but the opposite is not true.

The SoC is so advanced yet cheap that it has no competitor. Even after 6 years of launch, still today we underuse the SoC. The max supported WiFi speed and range are enough high for most home routers. It also supports LoRa, NB-IoT, and Zigbee protocols.

To use ESP32 with Samsung Galaxy’s Bixby voice, the actual cost is under $15. The usage of IoT is increasing day by day but people want the solutions at a cheaper price. ESP32 was a timely launched product which will probably rule for the next 2 decades with the declining price!

We are neither biased towards the ESP32, nor sponsored by Espressif. The possibilities with ESP32 are endless.

This Article Has Been Shared 924 Times!

Articles Related to Why ESP32 is a Popular Microcontroller Solution?