Aperture in Digital Photography means the Opening system to light that is present in the lens of a Digital Camera, Aperture is not specific for DSLR Lens. As said in Exposure in Photography, Aperture is one of the important point that directly determines the Exposure and various other important aspects.

Aperture is nothing but the opening of the camera for light to enter right behind the main lens assembly. For DSLR camera’s the Aperture is actually on the Lens which can be changed. For very basic digital cameras, practically this Aperture is of a fixed diameter like pin hole camera. The good example can be the front VGA camera of most smart phones.

Basics of Aperture in Digital Photography

Aperture is always away from the image plane, object plane and the intermediate image plane. The aperture can not be placed anywhere in the beam path, because otherwise it will not work properly as a stop. This diagram nicely shows the basic optics of how Aperture works :

Probably a German enthusiast created this excellent representation. I found it on my hard disk. If you find the original creator, kindly let us know, so that I can give proper credit.

If you are not sure what is this Aperture we are talking about, it is here : 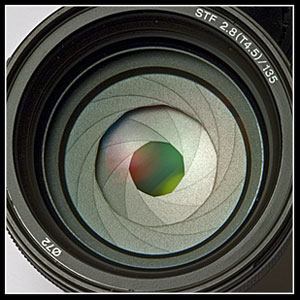 You can see a Lens of a DSLR camera. In the middle that opening is the Aperture. As you can see, there are kind of blades, which actually can be adjusted are creating this roundish opening that we call Aperture. And this great photograph will make the thing more clear to you : 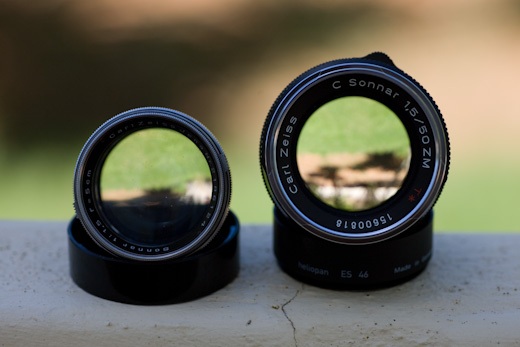 That blade like assembly is actually the Diaphragm, which we elaborated before in Diaphragm of Digital Camera.

What Purpose this Aperture actually serves ?

The next logical question that will arise in your mind is – what we will do with this Aperture ? Aperture defines the formula of F-number. The size of the stop is one factor that affects depth of field.

So, it is quite obvious to you now, more the number of the blades will be, more fine the circle created, that is the Aperture will be. Less costly lens tends to create an octagonal or hexagonal opening rather than a real circle. The curvature of the blades are also a determining factor. The quality the whole setting actually determines not only the shape of the aperture, but also various artistic effects of a photo, including bokeh in photography.