Advertisement
You are here: Home » Open Source Pacemaker and Other Solutions : The Difficulties
Advertisement

Open Source Pacemaker and Other Solutions Has Difficulties neither from the developmental side nor from the users.The issue is the multinational companies. Open Source Pacemaker practically might be covered by my initiative for development and production of these components. But there are lot of issues, issues are not for being of inferior quality, indeed all production server runs on Open Source or fully Free Software Foundation’s GNU GPL labeled Linux operating system. Apple’s OS X is rarely used for consumer market by the service providers, UNIX derivatives like Free BSD, Open BSD are rarely used when compared with CentOS or Debian. With time Linux has been the standard, not anything less than UNIX; indeed more solid than UNIX if we consider some points. But, the situation is different in case of Open Source Pacemaker or other Hardwares or Softwares which are fully GNU GPL licensed and intended to used with Hardwares with Free Software components like the Firmware part has problem with initial problems.

It is very important to understand that, any closed source software or hardware which has closed source components can easily be used for spying, tracking or collecting data which are not intended to be the usage. Indeed, you can read practically discovered risk from the article named Researcher claims feasibility of writing lethal wireless pacemaker viruses :

What I have discovered still date after talking of lot of people, people means who are directly involved in these kind of IT-Health integration, are :

Open Source Pacemaker or Other Hardware Components : Pathway For Solution 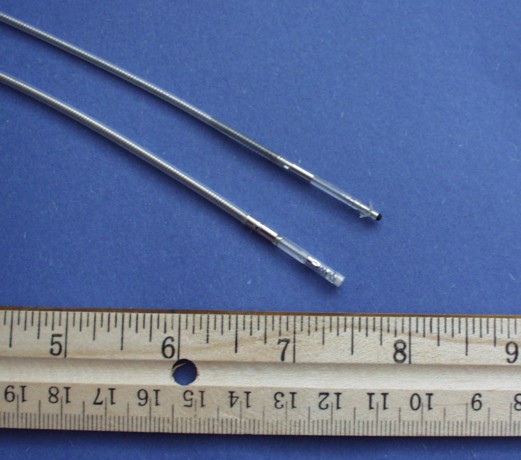 Leads can cost a premium because of having proprietary connector interface.

The text book should be copy free on the first instance. In fact, the well known book – Gray’s Anatomy is actually copyright free. But we use the modified Gray’s Anatomy published by Churchill Livingstone / Elsevier Health. These companies with ‘brilliant authors’ compiles to “New Updated Version”. The updates funnily are adapted from the Journal Websites – their studies and metaanalysis. If you can not understand the fully closed affiliate system – go to any Medical Journal website and try to register as an author. Sometimes they mention themselves as Editors. Journal itself has lot of fuss and gray works like ‘peer review’. It is logically possible to ‘Buy Peer Review’ like Facebook Fans.

But actually it is possible for a doctor to write a text book on PHP (for example) quite easily. Researchers who are good are not aware of the ISSN and ISBN things. There are text books which has no ISSN and ISBN. In all medical textbooks there is a disclaimer – its actually a copy paste, sometimes with kind of Article spinning – they are not responsible for wrong info. You can not think it for other discipline of science. The root cause is – original Authors have passed away many years ago, they were good person but ultimately they became – “Abridged and Updated” added named books. Court will not accept anything except the latest textbooks because the Judge or Jury have to understand to some extent from a reference. In Court you can shout that “you have not seen 2K patients, I have seen that does not work.” The whole thing is becoming fully closed source.

Add the third party websites. They can write anything; you can actually stop them but it adds the confusion. So, the first work logically should be publishing Text Books with GNU GPL License. But, its difficult to imagine that doctors will whole heartedly ‘waste time’ to publish revised updated GNU GPL License. First, most have no idea about the license, second; these bigger publishers pay a huge money. GNU GPL has no money. From marketing point of view, it will nearly never happen. So let us back to the topic – real production of Open Source Pacemaker or Other Hardware Components and wider acceptance.

It is painful but the developers have to work hard to understand and alternatively work. Obviously, a new specialization is what that is required. Obviously, any Open Source Pacemaker and Other Hardware better developers’ community support for updates, bugs of the firmware than a closed source one. You can somewhat compare with Cyanogen mod and Factory default locked, un-rooted Android.

This Article Has Been Shared 723 Times!

Articles Related to Open Source Pacemaker and Other Solutions : The Difficulties