We have discussed the Technical Part of Artificial Cardiac Pacemaker in this article which is the most important part of anyone to start working with the Source code. Previously, we talked about Open Source Hardware, Open Source Free Health and Outline of Open Source Pacemaker. Mostly these speak about the Ethical background for using Artificial Cardiac Pacemaker – cost is appropriate – nearly 1/20th of a fully commercial solution (Microsoft Windows Retail version also costs a huge, there is no reason to get astonished with the price tag) and most importantly – the Source Code is known; so it is capable to protect Privacy, Security and Bugs can be fixed by the community – like happens with Debian, WordPress etc. Free Softwares.

An artificial cardiac pacemaker, a System on Chip medical device that generate electrical impulses and deliver it by electrodes which contracts the heart muscles, in order to regulate the beating of the heart. The triggering factor to generate impulse is either low heart rate or very high heart rate. The reasoning runs on simple software based Fuzzy Logic, not complex AI.

Strictly speaking, pacemaker of the heart, is the sinus node and possibly the atrioventricular node is the “natural pacemaker”, the term pacemaker is used predominantly for the artificial cardiac pacemaker.

A pacemaker consists of a pulse generator (battery-powered) and the electrode  probe), which connects to the encoder to the chamber in very primitive way. The electrode conducts electrical impulses to the heart and signals of the heart back to the pulse generator. So, in this way, the device is getting the feedback and if needed, generate pulses.

The main component (the unit) of a permanent (fixed implanted) pacemaker includes the battery, the encoder and the control electronics. Today only the lithium batteries are used.

From Programing point of view, the whole device is becoming a miniature of Controlling Motors, LED From Computer project.

Please read the rest huge details of Artificial Cardiac Pacemaker from Wikipedia, there is practically not much complexity from logical point of view. It is obvious that Apple will always showcase their costly products with different illustrations, technical terms. The Source Code Build is passing here :

You will get it after few minutes or hours. Unfortunately, it was compiled on a Paid Java Virtual Machine, it is written in Java. These was done by few German university and was on a SVN. We need to start from this point. Here it is on my Mac : 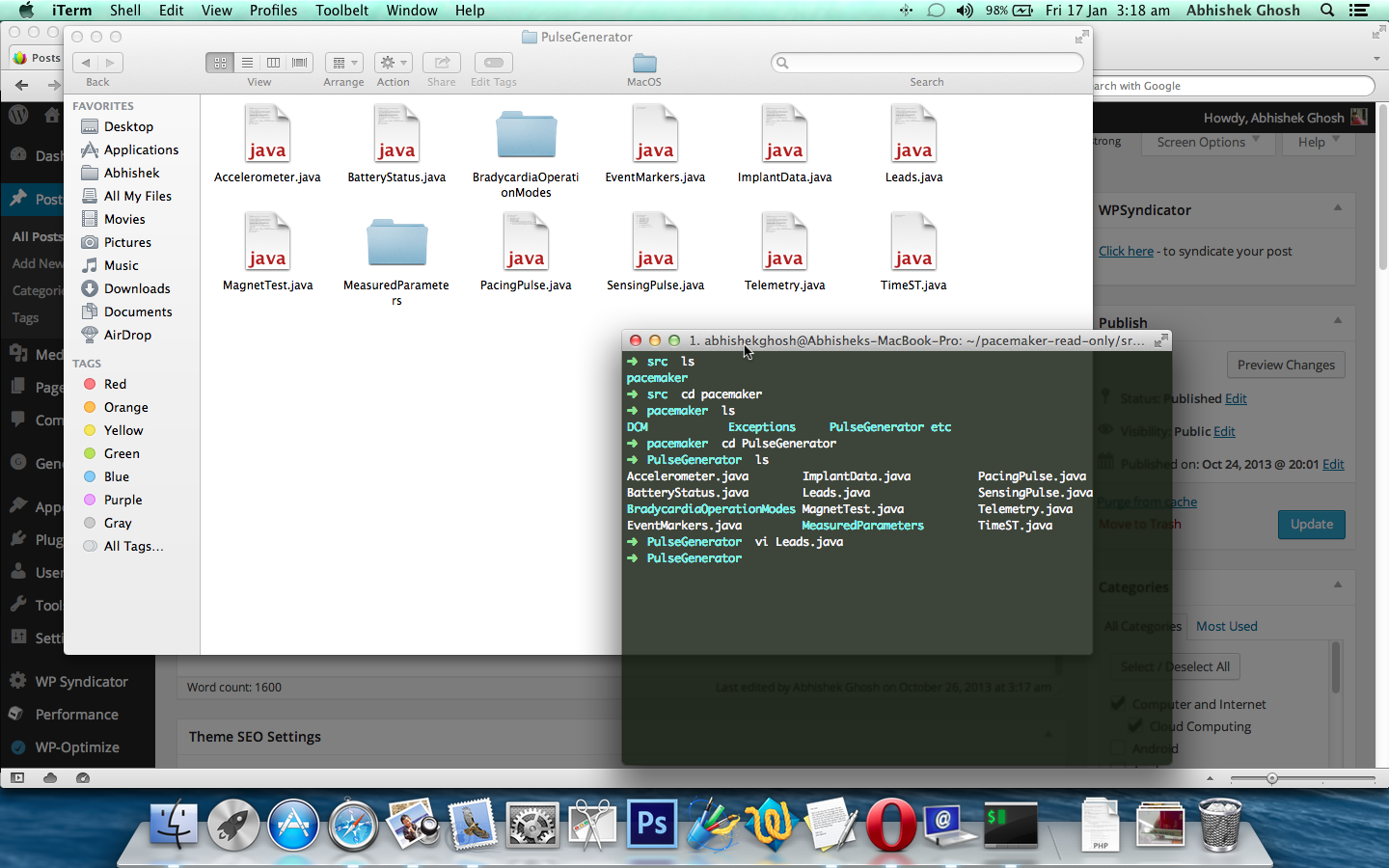 Free Health Foundation (that is by me, this Author) needs both man power for volunteering and some donation for the whole project. You can contact using the Contact us form on this website.