Advertisement
You are here: Home » Relationship of Cloud Automation and Abstraction
Advertisement

In the era of Software Defined, Cloud automation may not be a direct consequence of abstraction due to some operating limits of the systems. We Are Reaching an Age Where Computing is Defined by Software. Software Defined Storage Virtualization, Software Defined Network and the convergence – Software Defined Data Center (SDDC).
Abstraction is a frequently used terminology especially in articles of Virtualization, abstraction is to isolate an element of context or accompanying elements. The terminology Abstraction refers to the emphasis on œwhat do you do? rather than the œhow do you perform ?  in programming language. The DevOps and software defined enthusiasts are now convinced that the outcome of a technological evolution such which is initiated by the cloud computing that can not be embodied in a high level of abstraction, from which, according to the most optimistic, derive a high level of automation. Many positivists believe that the abstraction is the basis of the automation and that when both features will be fully integrated the cloud, hordes of technicians will be finally be free from the age-old device configurations and networks.

The problem, in fact, automation does not seem to be in the process of abstraction itself, which is a concept, a agnostic for the noble purposes like cloud technology, but the relationship between abstraction and automation, which is often idealized, is often wrong.

What Does it Mean By Cloud Automation Beyond the Cloud

Currently, the concept of automation for most network engineers reduced the activities of scripting in Perl or bash. The automation is to avoid retyping the same commands every time, when the configurations follow the same procedures, but the same concept of scripting does nothing more than following the serial of logics that has dominated for decades and the network configurations which are still is very popular.

The script prevents the administrators to repeat typing, but in reality they mimic the behavior, performing configurations, then setting the parameters, then making new configurations by a human. In practice, the scripts follow the logic of configurational operators and works with the serial workflow that is inherently rooted in the way a human does. It could not be otherwise. This mode of operation is so straightforward and sometimes we are so accustomed that we are not being able to embrace in a concrete way of working which is more object oriented. 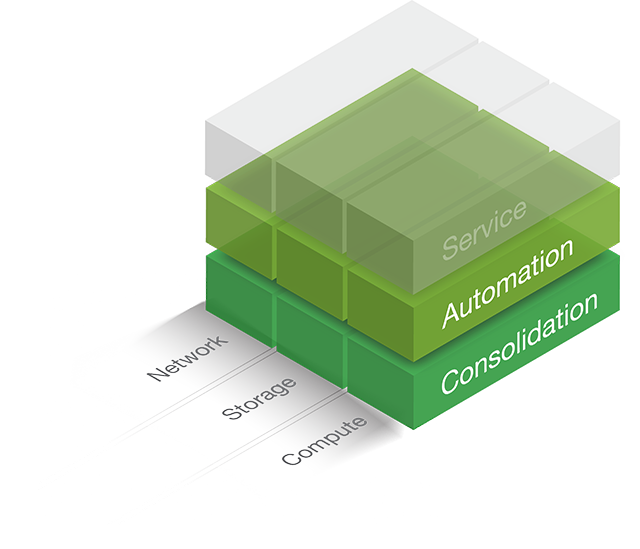 With this mindset, it is likely that automation becomes the mere execution of a sequence of steps, repeated as many times as necessary, without looking at the possible opportunity to re-use. And with no re-use, it is unlikely that the concept of automation may encroach beyond the current programming of repetitive tasks.

What Does it Mean By Era of Cloud Automation?

Thinking about automation the era of cloud, operators should consider the automatic exchange of data between collaborative systems, capable of supporting joint activities. In the cloud, for example, automate could mean an automatic change to the policies, rules and systems firewall load balancing whenever a VM is started or has been reconfigured in some way. Unfortunately, for most operators, the idea that the infrastructure and systems to communicate with each other in a dynamic way is a pure science fiction.

Abstraction removes the configurational complexity, but can not remove the settings of mental work with currently. To achieve automation by abstraction,we should start thinking less about functionality and more about how one user can play with the real workflows.

This Article Has Been Shared 599 Times!

Articles Related to Relationship of Cloud Automation and Abstraction