Advertisement
You are here: Home » IBM Mainframe is Ready for Ubuntu & OpenStack
Advertisement

From OpenStack Summit 2016, a Bigger News is that, IBM Mainframe is Ready for Ubuntu & OpenStack Now for Hybrid Cloud Computing Works. In OpenStack Summit 2016 (25 to 29 April 2016) among the many ads, IBM company is a brand that is fully a part of the top five server vendors in the market along with HP, DELL, Lenovo and Cisco. HP already exited from Public Cloud Services, whereas IBM has fully working SoftLayer acquired 3 years back. Mainframe computers as we discussed before has reached 50 years and IBM has not forgotten mainframe.

IBM announced from the stage of the OpenStack Summit festival a renewed partnership with Canonical which is aimed not only at strengthening the ecosystem of GNU/Linux (Ubuntu distribution in this case) in their range of mainframe, but also of the appreciated OpenStack DevOps Juju charms. The new solutions will be based on IBM and IBM Rockhopper Z13 model, both are available since late 2015 and also LinuxOne, with GNU/Linux OS and Free Software/open source programs preinstalled are available.

The feature on which the company points is so-called “Juju charms”, a collection of “models” ready to be used for the setup of complex applications/workloads in the cloud, in slideshow appeared the Hadoop logos and Ceph also appeared. As explained by Mark Shuttleworth, the founder of Canonical and Ubuntu, these systems can be used to create applications on any hardware platform. With Juju and LinuxOne users can make the setup of a reusable template and including all the necessary micro services avoiding their manual reinstallation for future usage. Jorge Castro, an expert from Canonical during demonstrations on stage, added more details and compared Juju charms like Lego blocks. 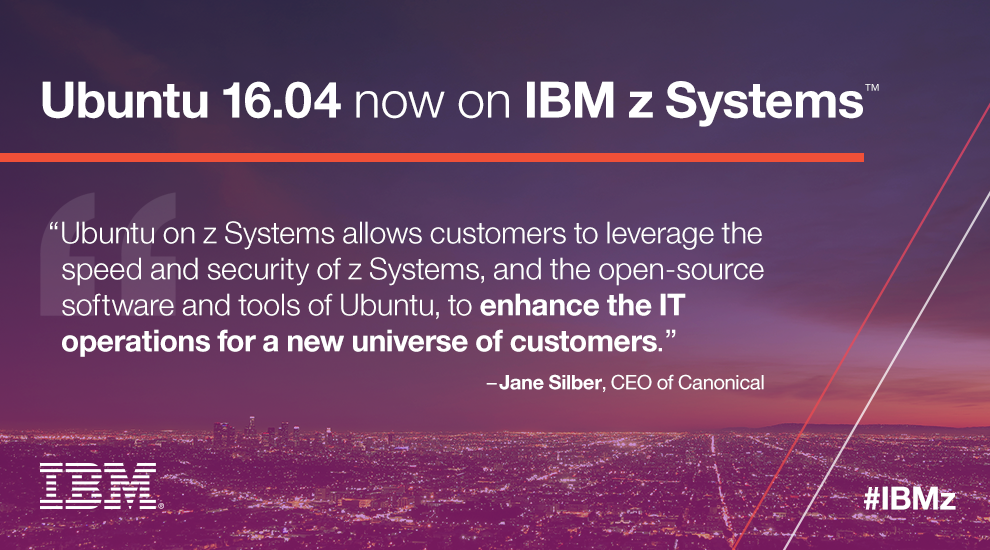 IBM’s new proposal, clearly oriented to hybrid cloud computing environments, therefore represents the ideal solution for the management of workloads that require significant computing power. We will see what reception the market in which they will move now with numerous competitors exactly reacts. There are more exiting news including Red Hat Summit and LinuxONE – http://www-03.ibm.com/systems/linuxone/

All offerings used to be marketed under IBM SmartCloud. IBM cloud includes infrastructure as a service (IaaS), software as a service (SaaS) and platform as a service (PaaS) offered through public, private and hybrid cloud delivery models.

Articles Related to IBM Mainframe is Ready for Ubuntu & OpenStack