Advertisement
You are here: Home » Pros and Cons of Using Linuxbrew on GNU/Linux Server
Advertisement

We talked about Package Manager. Linuxbrew is Homebrew Package Manager For GNU/Linux. We Need to Think About the Pros and Cons of Using Linuxbrew on GNU/Linux Server. Reason behind thinking is avoiding the distro specific commands and avoiding complexity of software configuration. Aptitude, Yust, Yum – does not make GNU/Linux distro universally usable. 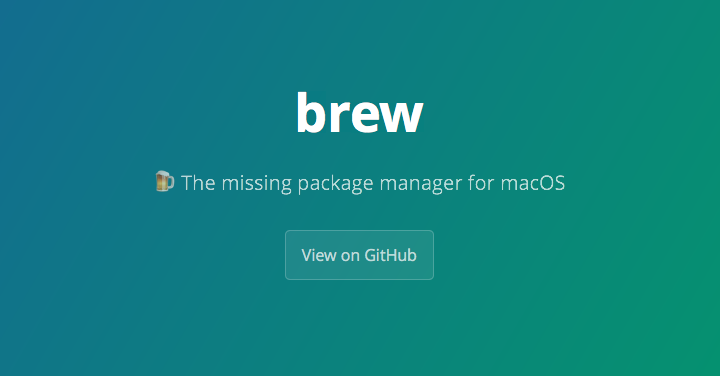 How to Install Linuxbrew on GNU/Linux Server

At this moment, do not install on production server. There can be security issues. For Debian or Ubuntu, you need to run these :

For CentOS, you need to run :

It is as easy as installing Homebrew. Simply copy paste and hit enter :

Add the following to your .bashrc file :

Pros and Cons of Using Linuxbrew on GNU/Linux Server

It does not need explanation that running :

Packages in the repositories are often older than the latest latest official versions, and Homebrew and Linuxbrew builds from latest source.

It avoids too much complicated key signing.

It avoids the need of root privilege.

One LinuxBrew repository can provide a quick method to install needed packages for a cluster of GNU/Linux machines. If we create a repo named thecustomizewindows and lemp-php5 for LEMP with PHP 5 setup, all users can use :

to get automatic ready to use servers. We can install a local formula too :

Now, what are the problems? HomeBrew was developed for Mac OS X, which shamefully lacks a standard command line package management system. As the users were Mac users on “desktop”, the formula on GitHub was not an issue.

For servers we can not use the existing Linuxbrew for serious production servers with announcement. Homebrew/Linuxbrew have their own git repo. Question is, how they’ll run servers for Free Softwares for so many servers on this earth? At this moment, they need to release one version of Linuxbrew without default repo URLs. Because cloning their repo and modifying in current condition will debrand them.

Another problem is server security. The reason Homebrew was created was for escaping the difficulty of too-tight security of UNIX chroot jail shell and UNIX Wheel Group. But in case of server, the hacker is “user” and we are Apple inc !

HomeBrew is great and minimum changes in Linuxbrew can make it a very powerful tool for devops. CentMinMod to many things becoming easy to develop in a streamlined fashion.