Advertisement
You are here: Home » What Is DevOps? It It Cloud Computing Related?
Advertisement

In this Guide We Will Answer the Basic Questions Peoples Usually Have With DevOps. What Is DevOps? Is DevOps is Related to Cloud Computing? DevOps is a movement of practice fore collaboration between the software developers and other IT professionals for automating the process of software delivery and infrastructure changes.

What Is DevOps? It It Cloud Computing Related?

DevOps is composed of two words – Developers and Operators (system administrators). DevOps aims for building, testing, and releasing software rapidly, frequently, and more reliably. DevOps originated from the need of Cloud Computing but DevOps itself has nothing to do with Cloud Computing.

Origin of DevOps is not exactly easy to point out. At Agile 2008 conference, Andrew Clay Shafer and Patrick Debois discussed about Agile Infrastructure. The term DevOps was popularized through a series of devopsdays starting in 2009 in Belgium. Also in 2008, Velocity conference held by O’Reilly focusing on Web performance and operations. Most notably Flickr in 2009 promoted safe, rapid change in Web environments. DevOps composed of a lot of different things to different peoples for treating code as infrastructure or using automation or a variety of loosely defined terms. The better way to define is to think around agile development and the agile manifesto.

DevOps is a cultural shift and DevOps tools fit into one or more of these categories, which is reflective of software development and delivery : 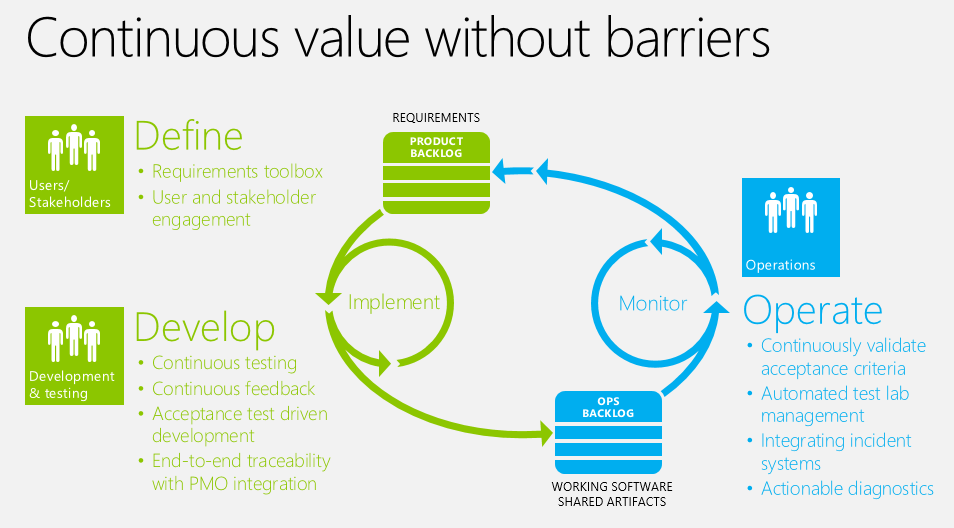 There is no such single DevOps Open Source Project. Linux Foundation has reported a list of projects and open source solutions which are particularly noteworthy in the context of DevOps, presenting and briefly explaining how they are going to change the mode of development and integration of software. The DevOps approach made it possible to overcome the historical barrier between developers and administrators by automating the execution of various infrastructural tasks.

The first project on the list (this is not a ranking), Ansible, has as its flagship the motto infrastructure as code. This definition refers to the possibility to operate the elements of the infrastructure (servers, storage, applications etc). The various policies are automatically complemented by Ansible (also in”heterogeneous infrastructure) which not only minimizes human intervention in the management of software but goes beyond the limits of the classical configuration tools. Along with similar solutions as Puppet, Ansible has reshaped the administrative services and the relationship between software and hardware : it is more and more difficult for the vendors to impose the payment of extra fees on the owners and configuration tool as services. The user now expects to manage the entire infrastructure from a centralized location.

The second name on the list is not a configuration tool but an Operating System – CoreOS. The CoreOS ecosystem characterized by a set of tools for creating, deploying and managing applications via container. Unlike Docker, which relies on solutions from other vendors for tasks such as deployment, CoreOS offering a wide selection of home-made instrument” and designed to operate with their own containers.

Docker is third in the list, and perhaps one of the best known in the DevOps world.
Administrators and developers can easily insert lines of code in the container and directly deliver everything without taking the target infrastructure into account.

Jenkins instead is the leading platform in the approach of continuous delivery, at a glance the timing of the various steps that characterize the development of an application (writing code, testing, and building code delivery) – the old model saw the separation of the phases in various stages and at set time intervals. Consequently, the continuous integration, eliminating the barriers between different teams, makes the programming process more efficient.

This Article Has Been Shared 986 Times!

Articles Related to What Is DevOps? It It Cloud Computing Related?