We already have many guides with TM1637 LED display module and Arduino. Is not it risky to use led display unprotected? We do gave good wooden stand for 3V DC motor. Here is how to build DIY basic stand for TM1637 7 segment LED display module with cardboard. You need just a cardboard, a pencil, a ruler, a paper knife, gum, 4 male to female jumper wires to build it. It is easy, cheap, fast to build and will protect the unit in primitive way.

Cut a cardboard in proper size, fold it to make it like a box. Mark the window with a pencil which needs to cut out. Cut it out with a paper knife and push the TM1637’s display in a way that the cardboard holds. Attach the male to female jumper’s female end to the TM1637’s display unit. Use gum to make the folded cardboard a real two end open box. There is no difficult craftsmanship : 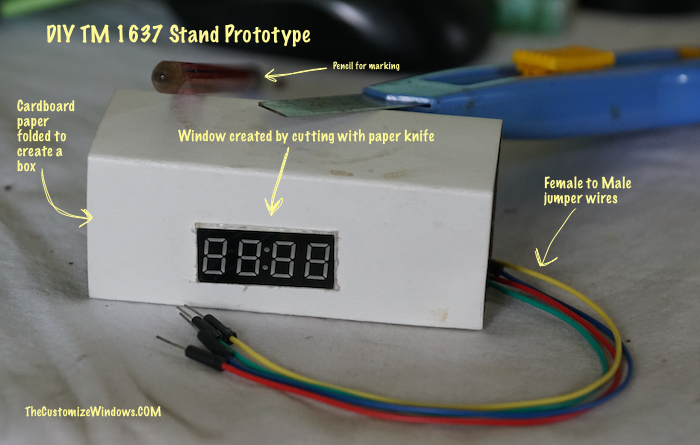 Basically you need tools to cut and possibly rotary tools.

There are Made in China LED clocks with the above described design : 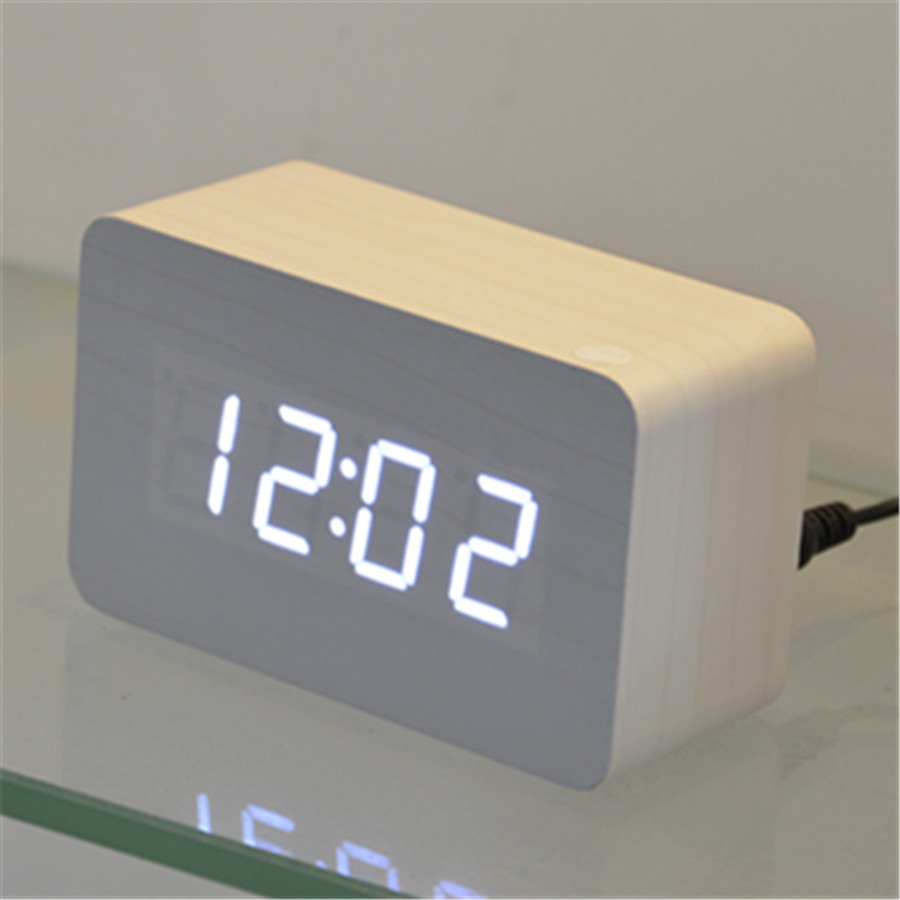