Tools which uses text based user interface (TUI) is our one favourite topic. Many music lover want lightweight yet music players with visualizer & settings. Here is a List of Command Line Music Players For Mac, Linux. For developmental purpose, who are new readers of this website – previously we talked about TUI on SSH, how to develop TUI applications and also discussed about few command line music players in previous years. This is an updated, organized list.

MacOS X has in-built basic CLI music player which we talked many years back. However, that thing really not any good solution. SoundCloud also can be used from command line interface. That is also not a universal solution as music player. There is actually a bunch of music players.

Herrie is one of our favourite music player. Here is official documents, source code :

Mp3blaster is quite old and supports all *nix system. Here is official documents, link to source code :

Open Cubic Player is also quite old and supports all *nix system, has visualizer. Here is official documents, link to source code : 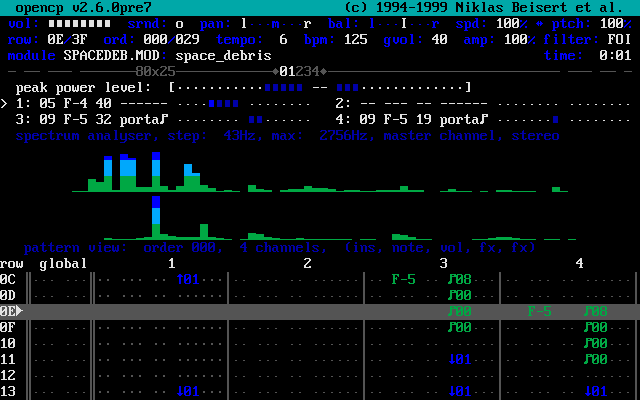 MOC recently became quite popular. It has mixer and the mixer has relation with Advanced Linux Sound Architecture (ALSA) project. Here is official documents, link to source code :

Which Music Player From This List is Good For Mac, Linux?

It is really your choice. Herrie, Open Cubic Player and MOC are good and known. You should check this visualizer too :

You can easily install Herrie on Mac :

Enter key does not work. Add the currently selected directory/track by hitting a, play using x. Here are shortcuts :

MOC (on command line it is mocp) was very difficult to install on Mac once when there was no formula :

All – MOC, Herrie, Open Cubic Player are good. For GNU/Linux it is practical to build Herrie from source but MOC is easily available for most of the distributions.

I personally found Open Cubic Player to be headache free out of the box. It is just easy to use and by default