In previously publications, we have discussed KVM virtualization, QEMU, Virtualization Capable Processors as separate articles. What is the Difference Between KVM and QEMU? KVM gives a window to access to the CPU and memory whereas QEMU emulates the hardware resources. That is in short and the fact.

What is the Difference Between KVM and QEMU?

QEMU is a software to emulate machines in a flexible and portable way. QEMU has a long list of peripheral emulators including disk, network, VGA, PCI, USB, serial ports. parallel ports and so on. QEMU resides in the user space and provides system emulation (including processor and various peripherals). Usually, QEMU is deployed along with KVM as an in-kernel accelerator. QEMU usually made to emulate the peripherals needed by the guest OS. QEMU is Type 2 hypervisor. 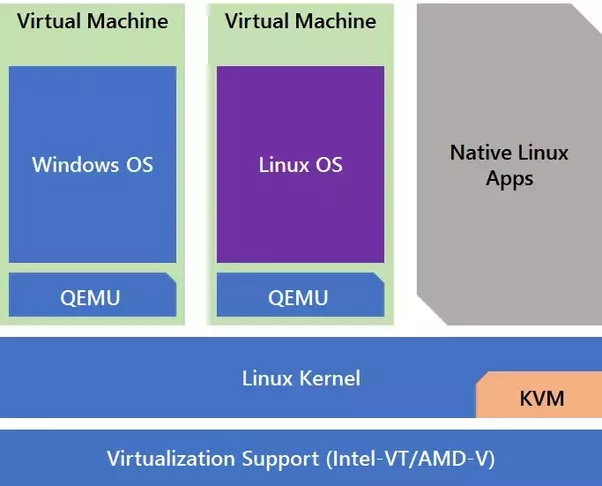 This Article Has Been Shared 414 Times!

Articles Related to Difference Between KVM and QEMU