Advertisement
You are here: Home » QEMU and Kernel Based Virtual Machine (KVM)
Advertisement

QEMU has capabilities of virtualization within the operating system, on Linux , Windows or any supported operating systems on a Microprocessor based computer. Previously we wrote about Kernel Based Virtual Machine (KVM) and mentioned about QEMU. We also provided a burning example to Run Linux on Windows PC Without Virtualization Support . That thing is actually based on QEMU. If you have the wrong idea that you are using a top notch computer, 99.9% will be wrong – these are worst than a Microcomputer.  Microcomputer means it has integrated Microprocessor. Sounds great but its a buzz word. It is the mainframe computers that are the actual decedent of those huge looking room sized computers of ’70s. Micro Soft = Micro and Soft. It has basis of nomenclature. If you have started laughing, it is really Bill Gates who named it – Software for Microcomputers. So we are not running very high end machines. Servers has different processors, Mac differs a bit from typical PC. Now, the thing is – these emasculated version of computers not always are equipped with Virtualization Capable Processors. It is practically difficult for a new user, while purchasing a new computer, all these points. You practically need to know the specific model number of the processor of the computer you are going to purchase and find the Virtualization Capable Processors list from manufacturer’s website. QEMU is a virtual machine that can run on any type of microprocessor or architecture (x86 , x64 , Old Apple PowerPC, MIPS, SPARC, Mobile processors etc.) Regardless of the hardware level virtualization support from the processor. QEMU is a Free Software, Licensed under GNU GPL. 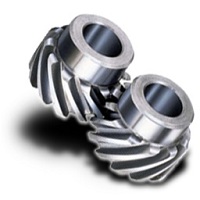 The program QEMU by default does not have a GUI, but there is another program called QEMU manager that acts as a graphical interface when using QEMU from Windows PC. There is a version for Linux named qemu-launcher. In Mac OS X users can use the QEMU program Q, which has a graphical interface for creating and managing virtual machines. The main objective of QEMU is to emulate an operating system inside another Operating System without rebooting or real installation.

Advantages and Disadvantages of QEMU

The advantages of QEMU is quite obvious from the above writing plus the emulation of Desktop OS like Ubuntu is possible with QEMU on various mobile platforms like Android with ARM Processor, there are good number of disadvantages too. Support for Microsoft Windows is incomplete, not all hardware are rightly emulated, it is quite slow than mainstream Virtualization software, has issues that makes QEMU unusable for bigger usages, at current state. The Licensing

Tagged With 1IXP , disadvantages of QEMU

This Article Has Been Shared 445 Times!

Articles Related to QEMU and Kernel Based Virtual Machine (KVM)