Advertisement
You are here: Home » How to Install Apache Ignite on Ubuntu Server
Advertisement

Previously we described How Install Apache Cassandra. Apache Ignite is a distributed database, caching and processing platform. Apache Ignite utilizes RAM as it’s default storage and processing tier making it included in the class of in-memory computing platforms. Data in Ignite is stored in the form of key-value pairs. The database component scales horizontally. How to Install Apache Ignite on Ubuntu Depends on the Purpose. Apache Ignite nodes can be divided into two categories – server and client. Server nodes are for storage and computational purpose which hold both data and indexes and process incoming requests along with computations. Server nodes are data nodes. Client nodes are connection points from applications and services to the distributed database represented as a cluster of server nodes. Client nodes may be embedded in the application code written in Java, C# or C++. There is difference in the way Apache Cassandra used, compared to Apache Ignite. For that reason, we had in-depth guide on Apache Cassandra with some tweak of settings. In shared deployment, Apache Ignite nodes run independently from Apache Spark applications and store state even after Apache Spark jobs die. In Standalone deployment mode, Ignite nodes deployed with Spark Worker nodes. Apache Ignite can be deployed on the Mesos cluster. If you are following some other guide, you should read their purpose of installation. 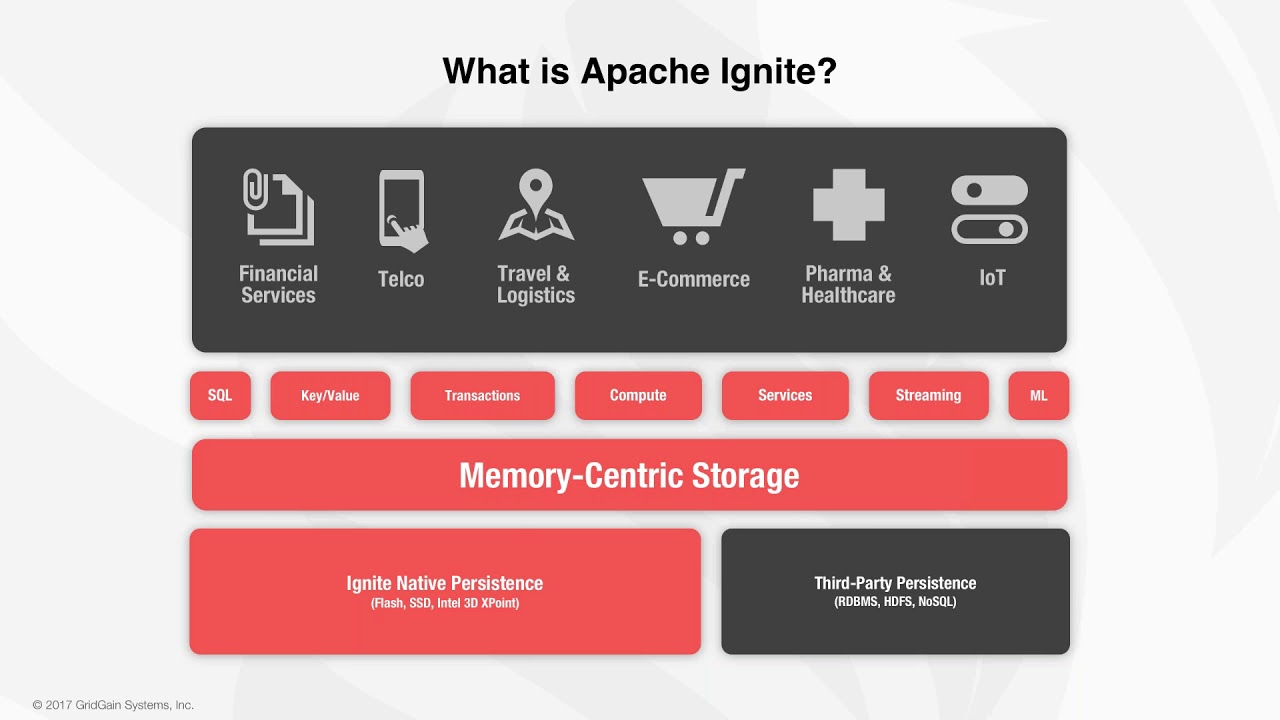 Steps on How to Install Apache Ignite on Ubuntu

For installing Apache Ignite on Ubuntu from repository, run :

For building from source and installing Apache Ignite on Ubuntu from repository, run :

Articles Related to How to Install Apache Ignite on Ubuntu Server