Previously we described tethered shooting with Sony A68 with Mac and PC. In that case, we need Sony’s freeware software to get the function. In this article, we will describe how to use Sony A68, A99 live view on Samsung LED Television (NU7100 Series) for tethered shooting to improve perfection. It is an undocumented feature of Tizen TV OS. Of course, Sony’s other models of same range should be supported in the same way, but we have not tested. We have review of Samsung NU7100 series and Samsung Q8FN QLED Series, which may be helpful for the users. A larger screen, of course, helps to detect errors in a more convenient way.

Sony A68, A99 Live View on Samsung LED Television

Sony provides the required HDMI cable with their camera (we discussed about the HDMI cables). There is nothing more to buy unless one requiring a longer cable for practical purpose.

The required settings on Sony’s camera are :

Now, push the narrow plug end of Sony’s provided HDMI cable to Sony camera’s port marked as HDMI (keep the camera switched off). Next, plug the other end of the HDMI cable to television’s HDMI port marked as HDMI ARC when the television set is switched off. This port of television may offer extra controls (HDMI CEC, depends on model and firmware version of the camera). However, this port may make the metallic parts of camera to carry a little electrical charge specially on the metal screw of tripod (not really dangerous shock, but annoying and may invite dropping of the camera out of fear!). Grounding the camera with wire may solve it.

Now, switch on both of the devices. You will get the camera on corresponding HDMI port from Source –> HDMI selection menu. That is it. You will get the LCD screen of your camera mirrored on your large television set. 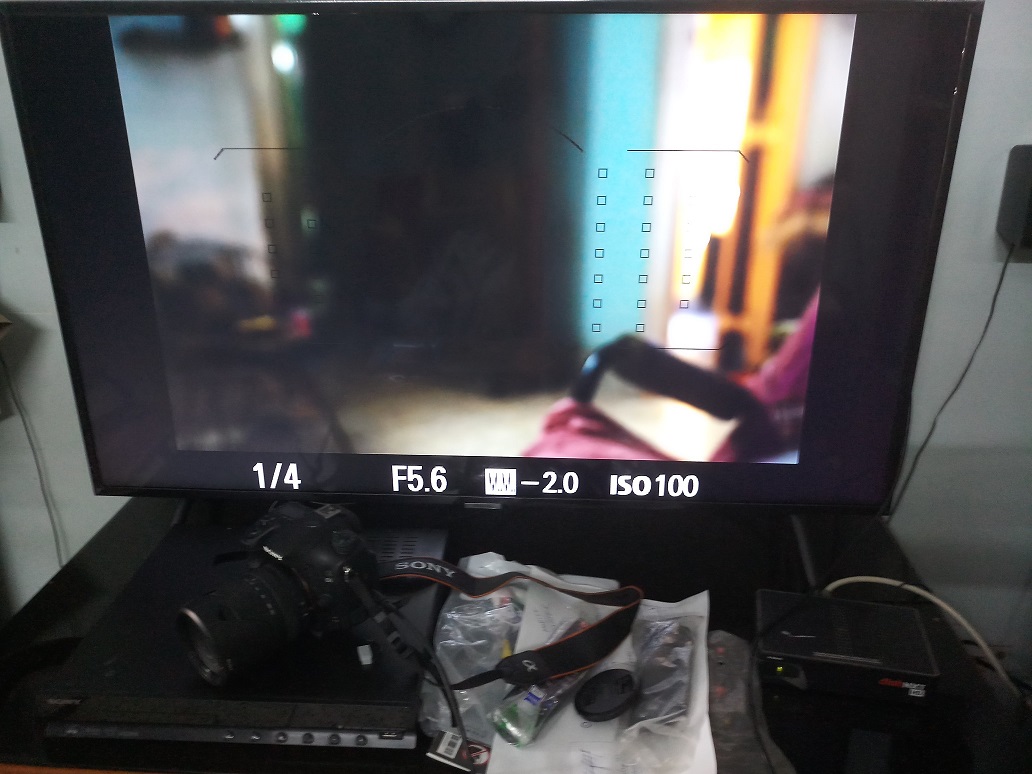 Play Video Content of Sony A68, A99 on Samsung LED Television

The above setup also will enable you to play videos, watch photos on Samsung LED Television avoiding the fuss to transfer the media from the card. It is helpful to review the current and past creations.