In our previous article on types of HDMI cables, we discussed the major matters to choose proper version of HDMI cable. HDMI 2.0 (HDMI 2.1 is latest at time of writing, November 2018) was decided to be the cheap yet practical solution. Now, what Is HDMI ARC, eARC and HDMI-CEC? HDMI ARC is for sending sound, HDMI-CEC mainly for control of the 2nd device with one remote control. HDMI eARC mainly for higher-end devices (at time of writing, November 2018) and unless you are sure if your device is mid-range then likely to have either HDMI ARC and HDMI- or both.

What Are HDMI ARC, eARC?

ARC or Audio Return Channel uses a single HDMI connection to send audio from one device to the sound system. This is mainly to avoid old optical cable and circuit. On your TV or soundbar, one of the HDMI inputs will be labeled “ARC.” That is one of the best features to connect to the home-theatre — you can save you money and reduce your cable clutter. ARC and audio-over-HDMI it’s not entirely perfect. It was designed specifically to replace S/PDIF digital audio outputs (TOSLINK) and supports audio formats which are supported by S/PDIF – Dolby Digital, DTS and PCM audio. It can obviously handle regular two-channel and 5.1 surround sound. ARC is an audio link direction is used when the TV is the one that generates or receives the video stream. Without this ARC feature, the audio output from the TV must be routed by another cable, typically TOSLink into the sound system. The features first discussed on 1.4 specification:

Consumer Electronics Control (CEC) is an HDMI feature designed to command and control up to 15 devices which are connected through HDMI by using one remote control. It is a one-wire bidirectional serial bus based on the CENELEC standard AV.link protocol to perform remote control functions. It was defined in HDMI specification 1.0 and many devices likely to support it than HDMI ARC. HDMI-CEC often not obvious on the device due to manufacturer’s proprietary names, such as :

Presence or absence of both can be difficult to even notice, more complex to activate and too much brand dependent. Sony DAV TZ145 Home Theatre nicely supports HDMI-CEC with Samsung NU7100 series television. In absence of official documentation and branded jargons (like Brevia Sync), the process often becomes experimenting various settings on both sets.

If the audio system supports HDMI-CEC but not audio return function then an HDMI splitter with RCA out needed to somewhat make the system modern. 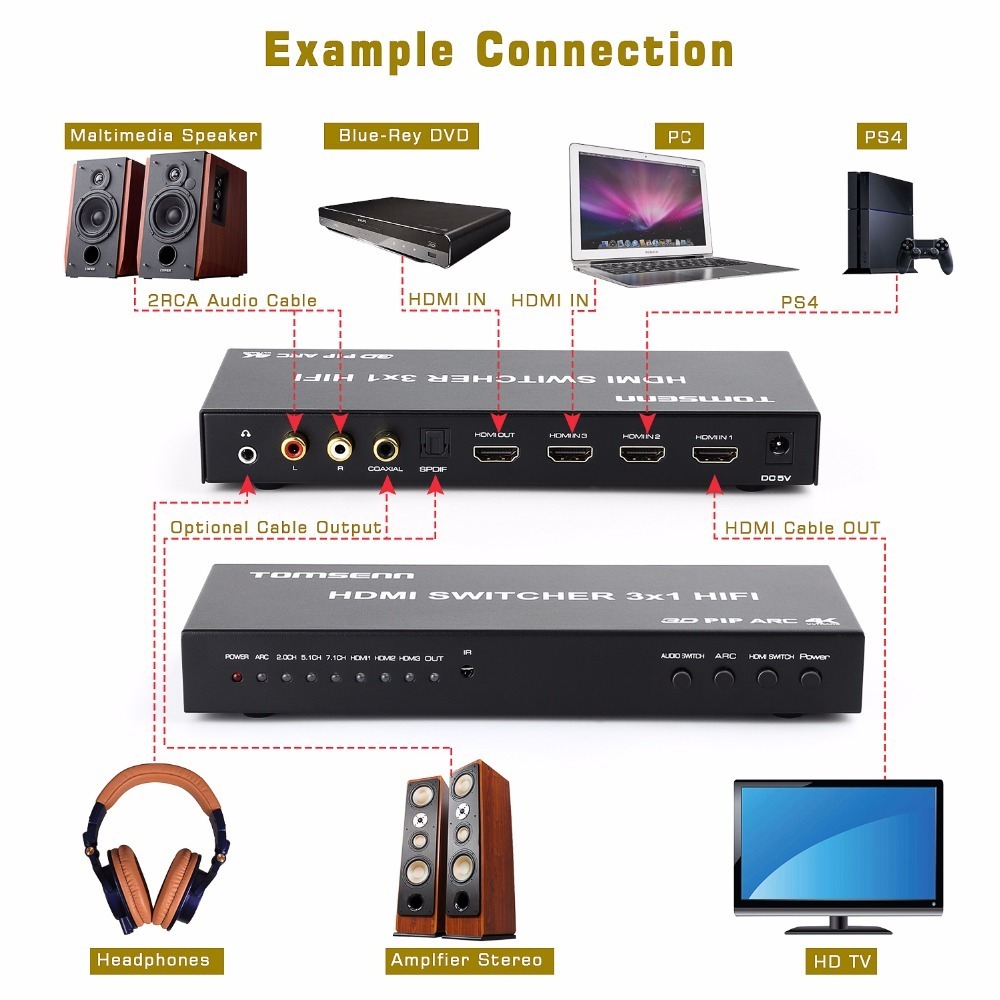 This Article Has Been Shared 696 Times!

Articles Related to What Are HDMI ARC, eARC and HDMI-CEC?