Advertisement
You are here: Home » How to Connect Two Android Phones With USB Cable
Advertisement

Through our some recent articles we published a review of Samsung A50s and discussed about USB Type C. Samsung A50s is kind of starting range of Samsung premium devices – you’ll get more options after connecting two Note 10 (both devices support pen and touch with palm rejection). Commonly, most of the entry grade to mid-range smartphones have micro USB, not USB Type C connector. USB OTG works in the same way for micro USB and USB Type C. We tested the system by connecting :

We are writing from the experience of connecting Samsung A50s with Vivo Y71. We believe that this kind of combination is common. Vivo Y71 has an option to turn ON/OFF the OTG. We kept the OTG of Vivo Y71 to off. Samsung A50s acted quite like a computer. 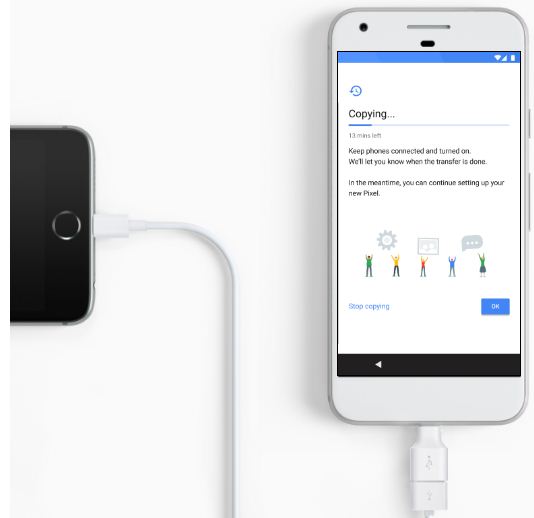 Whenever you’ll connect holes of both the smartphones (male-female connectors are not sober langugage either) :

There were some protocols standardized for digital cameras before the advent of these smartphones. There is
Media Transfer Protocol (MTP), Picture Transfer Protocol (PTP) and so on. There are many benefits of MTP, such as
driverless installation, Auto Sync, auto-guess device limitations, bidirectional file property synchronization and so on. By default, Samsung’s compiled Android extensively supports sync between two smartphones in this way. You need just a few taps to guess how the file manager can “suck” files from the other device. You can select, copy, paste from the Samsung device as you do on a computer.

There is a difference of Media Transfer Protocol (MTP) browser with USB Mass Storage (file oriented instead of the block-oriented protocol). MTP avoids exposing the filesystem and metadata index. There is no risk of filesystem corruption if unplugging the device while writing. Also, file transfers are atomic, and no unmounting is required.

Do not try this with a costly DSLT/DSLR. Their standard does not allow unauthorized writes.