The portable music players usually used not to run a full operating system like Android. But these days a full operating system becoming common on them resulting in higher power consumption. They are focused on the optimized performance of the hardware. They usually have 2.5mm balanced headphones output, maybe S/PDIF digital or line-level analogue output. Their music player interface has standard quality equalizers and usually dedicated hardware buttons for the common functions.

Dedicated blogs and forums by the audiophiles are one of the oldest niches of websites on this internet. Few of the audiophiles are makers and expert of DIY electronics. We found that the common models these websites mentioned are Sony WMZ1, Lotoo Paw Gold, Pioneer XDP-100R, FIIO X7, Astell & Kern AK240 to name a few.

While the traditional CDs can not offer near the lossless music files as 24-bit high-resolution files, yet we can say that CDs are still a few steps above the MP3 downloads. We are talking about the quality of the source file. You know it quite well that any standard high-resolution digital music player like Sony WMZ1 or Astell & Kern AK240 has the chipset and hardware optimized for reproducing better than average music. When they are coupled with an audiophile-grade headphone, there will be little hiccups on the part of the player’s hardware. The question we want to put in your mind is – can you source 24-bit high-resolution files for your niche?

Sony has a webpage about the the best music downloading websites.

But, how a recording sounds is mainly determined by the original recording rather than the delivery format. Several brilliant CDs sound better than other high-res recordings. What you listen that matters. What job you do matters. How you want to listen that matters too. Most of the models from Astell & Kern cost huge and entry grade models such as Activo CT10 does not have a 5/5 review.

When we are talking about the smartphones for music then there are several compromises out of cost-effectiveness. We can not compare a standard digital music player with a smartphone. Yet, we have to find out the smartphones with the best audio quality for the sake of cost-effectiveness and some convenience. These days we carry our smartphones everywhere with us and sometimes we omit carrying our DSLR and DAP. Nokia was doing excellent work in this field. Nokia N72ME was one of the good quality smartphones that used to sound enough great. Their UI of music players and the dedicated buttons used to deliver some of the functions which are basic for a portable audio player. Sony performs great in this segment.

You can download the music videos from YouTube Music with a paid subscription or for free by using NotMP3 Downloader.

We are taking it for granted that using NotMP3 Downloader is legal for personal usage. It is a common need to download music videos and songs when you are at home. The reason to mention these two options is probably clear – YouTube is one of the best-known sources of exotic, rare things and many of us seek some music videos.

Sony Xperia 1 II: It comes with two front-firing stereo speakers. The overall sound stage is shifted to the right in landscape mode, wideness is narrower on the left channel resulting off-centre experience.

Apple iPhone SE: Stereo speakers, multiple microphones for stereo recordings but no headphone jack. The phone delivers a well-balanced midrange and treble and few artefacts. This is one of the best smartphones which sounds great.

Xiaomi Mi 10 Pro: Sounds better not only on our ears but DXOMark score does reflect the same thing. We are not Xiaomi users and lack many ideas of day to day usage.

What about the mid-rage phones like Samsung A50s or A51? I tried a lot of tweak A50s for the readers but basically, it lacks some hardware to push the bass as natural. 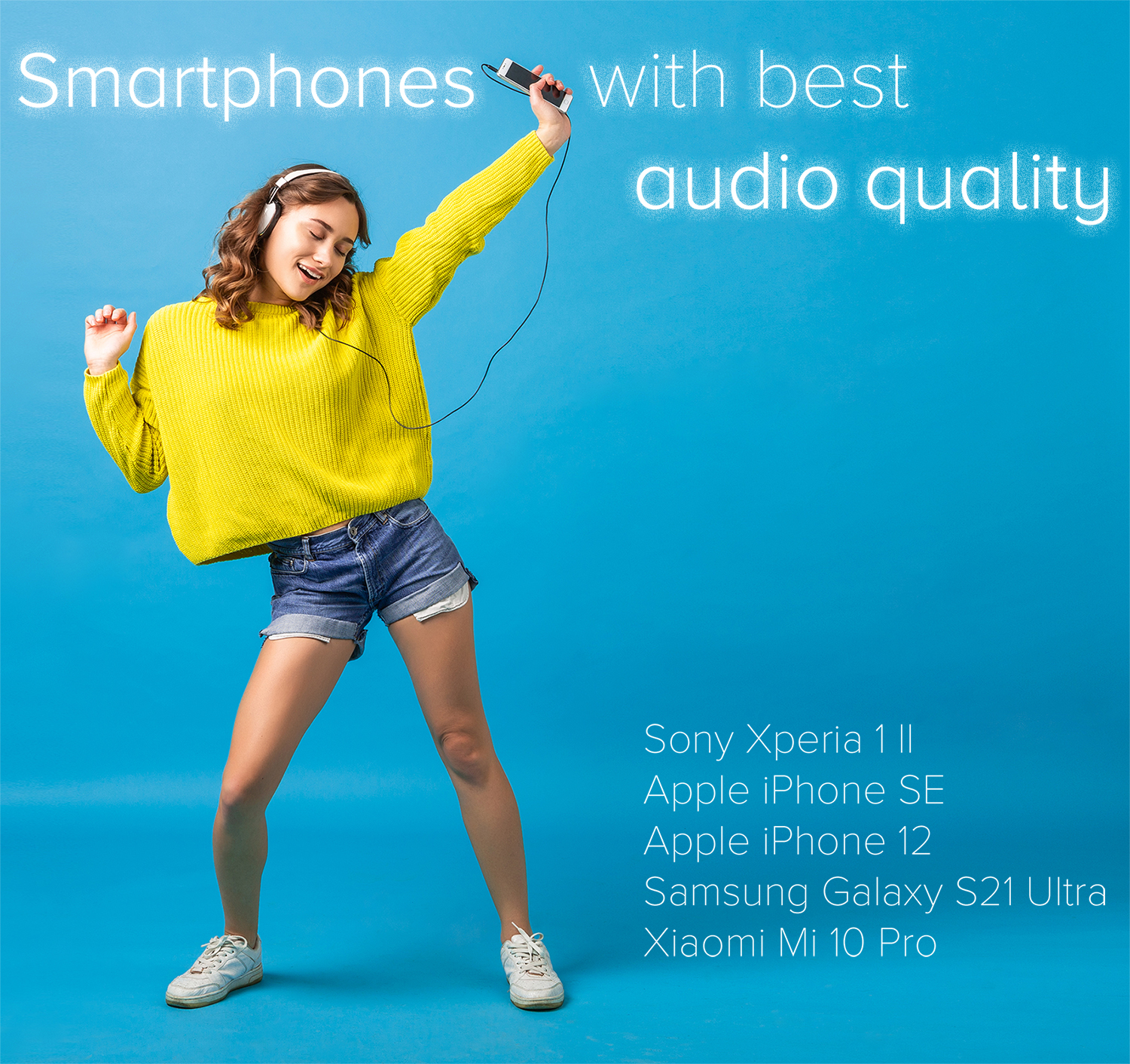 It is the overall balance which creates and maintain the mood. Summer of 69 or Acid (Fossils, Bengali rock) or Mojo Hand of Lightin Hopkins is recorded with a lot of audio clues to perceive the real meaning. And those real meanings make to discover the world of music. Those meanings come from the correct balance. We can not explain Fur Elise in words but a live performance does say what probably Beethoven wanted to say. When the piece accompanies vocal, like Mojo Hand, it becomes complex to render. Unfortunately, none of the present smartphones I tested is capable to deliver the correct balance at the hardware level. Lack of 3.5mm port severely restricts testing with various headphones and earphones. Maybe the form factor and miniaturization adversely affected real-life performance.

You’ll not get many of the live performances as official releases. Investing a lot behind a smartphone with a hope to listen better possibly wastage of money but Android or iOS operating system offers the option of using a variety of web services and utility applications although these days the portable media players are increasing using Android operating system. In short, if your budget permits then you need a portable music player apart from a smartphone.