What is the Best Android Tablet : An Introduction

An Introduction is needed for What is the Best Android Tablet, simply because not all users are well versed about technical terminologies or just a newbie in Android Tablet Market.

Know the OEM before deciding what is the Best Android Tablet : OEM stands for Original Equipment Manufacturer. It is a matter of fact, the Chinese company ZTE supplies many or full components to many Big well known brands. Like Reliance 3G Tab looks like a specific model of 7 Inch Samsung Android Tablet because of the fact the OEM is the same – ZTE.

Know about Android OS itself : If you have no idea about the operating system, how you can decide what is the best Android Tablet ? Companies might claim a default feature of of Android as ‘specification’. Android operating system is based on Linux kernel, it has a specific interface and developed in Java. Read in details about Android Operating System Here.

Size of the Screen : 10 Inch is actually unusable in practical life even with my bigger palms. Neither it is a substitute of a PC or Laptop. I personally prefer 7 Inch as they have a bit better handling and in emergency, it can slide in to a pocket. Cost goes down with size of the screen.

What is the Best Android Tablet right now

We can not mark one, two or X number of Device as the best. The reason is simple, a device of $250 can not be compared with a $600 unit. $250 Tablet can be the winner as a money saver, cutting down features you need not to use. So, in this What is the Best Android Tablet article, we have mentioned only few good models. 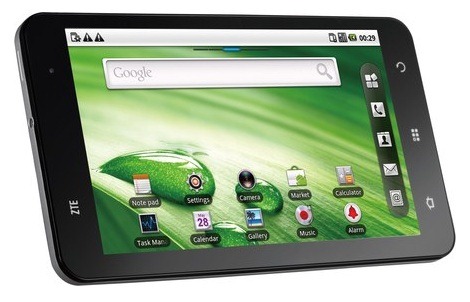 Asus Eee Pad Transformer :  Detachable Full QWERTY keyboard makes this series of model an unique Android Device. However, make sure about availability of service center near you.

Sony Tabletâ„¢ Range : Because of Good Quality Control of Sony, Android Tablets from Sony no doubt has a good place.

This Article Has Been Shared 870 Times!