Advertisement
You are here: Home » Virtualization : Easy Explanation of the Technology
Advertisement

Increasing the frequency in processors is simply not possible to acheive by the processor manufacturers like Intel and AMD in particular, they rely on alternative performance-enhancing techniques for the processors. In addition to multi-core processors, multimedia enhancements and 64-bit virtualization functions are considered as the pioneering development.

Reasons for virtualization can give the plus as the result : 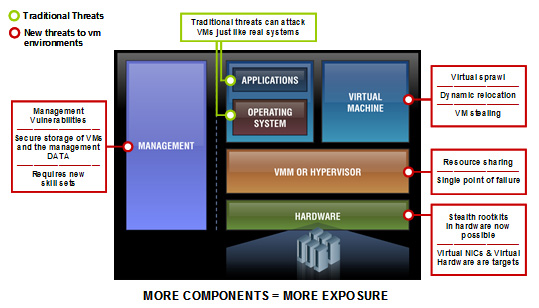 At first glance, virtualization seems to be something for servers. However, normal users can get benefit. For example, two environments for working with the computer. One is the normal one and the other for connecting to the Internet. If the Internet acessing part is malware loaded, it will be deleted and re-installed. Something can be automated, for example, at every system startup. So you always can have a clean system. This could also go good so far for insecure programs running in a dedicated environment, so that the operating system can not be attacked from the outside.

As CPU, memory, video card, disk drives and interfaces available to the parallel operation of systems not directly available, a virtualization software monitors the access to the hardware. It organizes and manages the virtual machines (VM). This task can, for example, can be taken by a hypervisor. It needs a small part of the hardware performance, especially processor to do its work.

This Article Has Been Shared 282 Times!

Articles Related to Virtualization : Easy Explanation of the Technology