3D Slicing Software is important for semi-automated rendering of 2D images to 3D structures for surgical sciences. Cloud Servers can provide the needed computing power. As practically we published before, today in the Open Source World, two different categories of scientists and inventors are emerging in applied health sciences. First belong to the closed source model, where there is no way to really know how the whole process is going on. The second category of peoples consists of really knowledgeable group of peoples – the earned traditional degree is of secondary importance when it is about real development. We wrote about these philosophies and real developments in projects like Open Source Pacemaker. 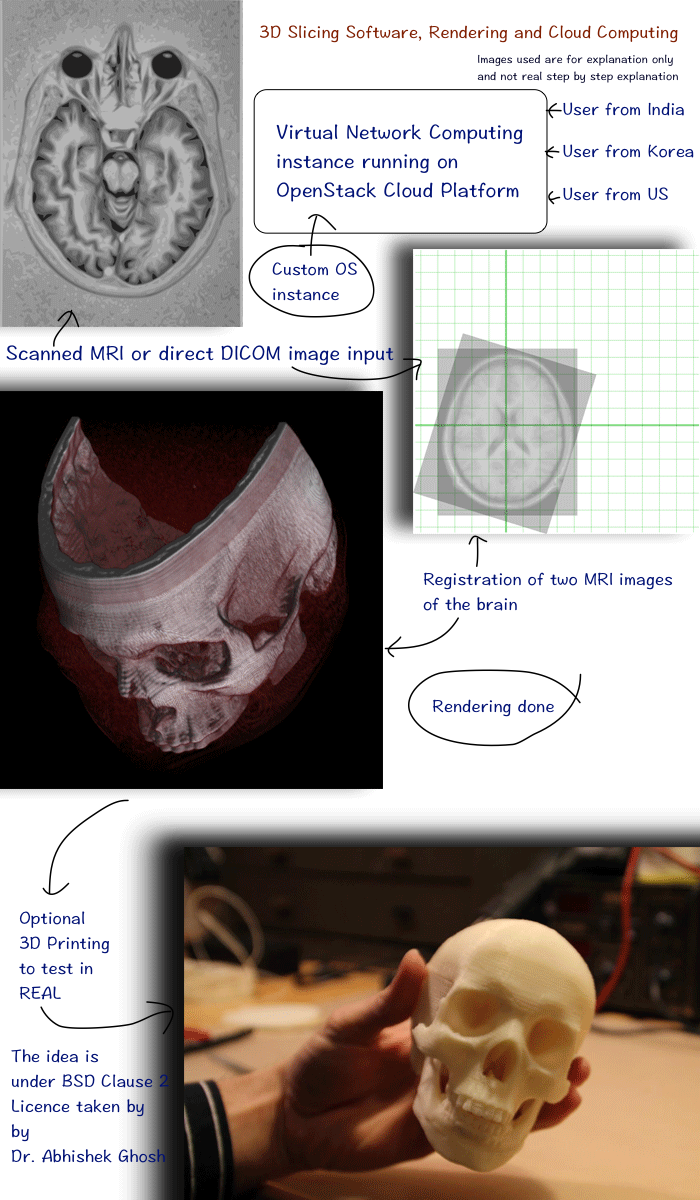 The reason Cloud Computing is becoming important in Health Sciences is because of the on demand, cheap easy to use remote desktop – be it as desktop as a service or as Virtual Computing Network. Unless this small introduction is provided, it will be difficult for the reader to understand, what we are going to talk about and most importantly why we are talking about!

3D Slicing Software is a big group of various functioning softwares. All belongs to Scientific visualization. 3D Slicer is itself a name for a free open source software for image analysis and visualization. Volume rendering is the method we use to render images to 3D from 2D images obtained from CT or MRI. Image registration is the process of transforming different sets of data into one coordinate system. In Medical image registration, data of the same patient taken at different points in time such as change detection or tumor monitoring and often additionally involves elastic registration to cope with deformation of the subject (due to anatomical changes). Nonrigid registration of medical images can also be used to register a patient’s data to an anatomical atlas.

Now, readers will expect a list of some softwares or packages which can be used on Linux/UNIX systems. As rendering can be quite processor intensive work, we might need multiple virtual CPUs in an instance to handle the load. CAELinux is a great bootable deb based custom Linux and as we know, we can use boot custom OS on Rackspace Cloud.

Instead of listing the softwares here as they will update the list.

This Article Has Been Shared 139 Times!