One of the reason we use Operating System Level Virtualization is for live migration of containers between nodes in a cluster. This is also used in virtual hosting for securely allocating a defined hardware resources. This separation of applications increases security, hardware independence, and so on. The basic of this security provided by the use of unix chroot mechanism.

On Unix-like operating systems, this is kind of better implementation of the chroot mechanism. Operating System Level Virtualization cannot host a guest operating system. But the overhead is also very less. 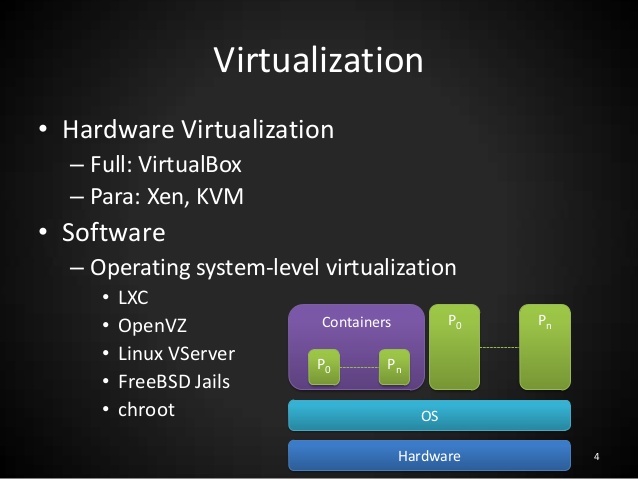 These are common examples of Operating System Level Virtualization :

Except 11 to 14 and number 7, all are practically Free Software.

The technology of Docker is experiencing a moment of great glory, perhaps more than anything because Docker is the first real platform that brings an order in the chaos of the Linux-based container and finally makes this technology accessible to the developers. The success that smiles at Docker, pushes various newspapers to talk about startups and IT platform, because, in the cloud and virtualization, the topic is interesting and well-liked by a large group of users and targeted readers.

Myths About Docker or Rather Operating System Level Virtualization Softwares

Docker is a lot more and is an evolution of Operating System Level Virtualization technology, or, better yet, is the evolution of the already built system into Linux. Which we mean Virtualization, that is not possible to provide by Docker.

This Article Has Been Shared 514 Times!