Run Docker Inside OpenVZ : What We Do For Enabling Nested Virtualization as Administrator

Take that, I am the System Administrator (read – your OpenVZ VPS webhosting provider). In that case, I can run vzctl command as I am over and above the OpenVZ containers. I will run these commands to enable the capability to run Docker inside OpenVZ container : 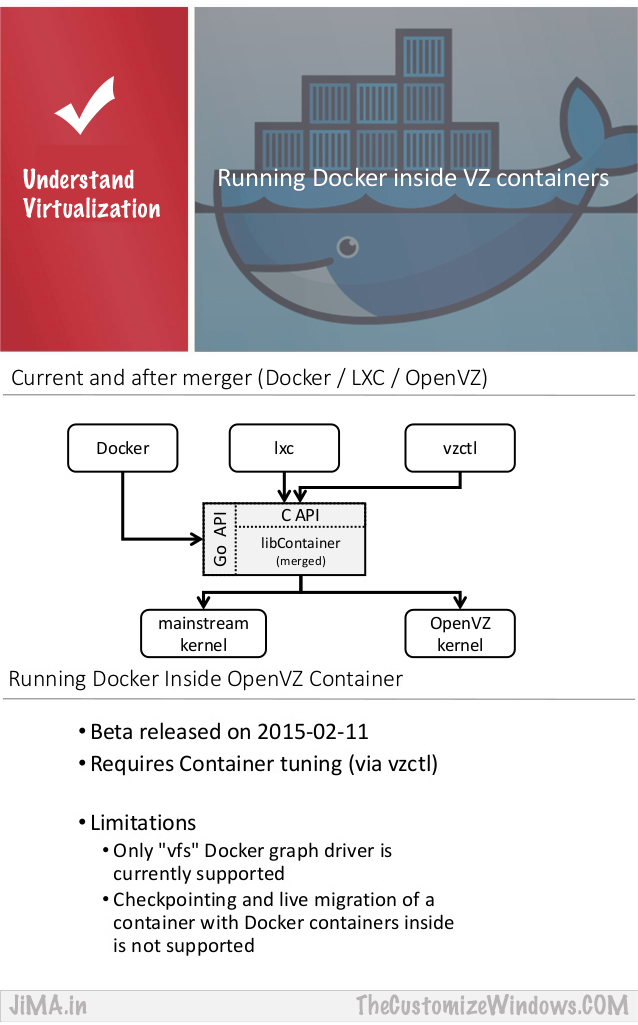 How I Will Understand that My OpenVZ Host Supports Docker Installation?

Directly ask via support ticket. If it is not enabled or enabled, in documentation of FAQ, the webhost usually will mention it. You can not “hack” to enable it unless sysadmin enabled it.

How to Run Docker Inside OpenVZ

Provided that your webhost supports it and you have enabled TUN from webhost control panel, if you want install and use Docker on Ubuntu 16.04, you will run these :

You will get an output at this point. After that, you’ll run :

Now, run docker to check the response. In case you are CentOS user, you will run :

Do not run these stuffs for production servers. It is a dangerous work for the database server to run in that way.

This Article Has Been Shared 419 Times!